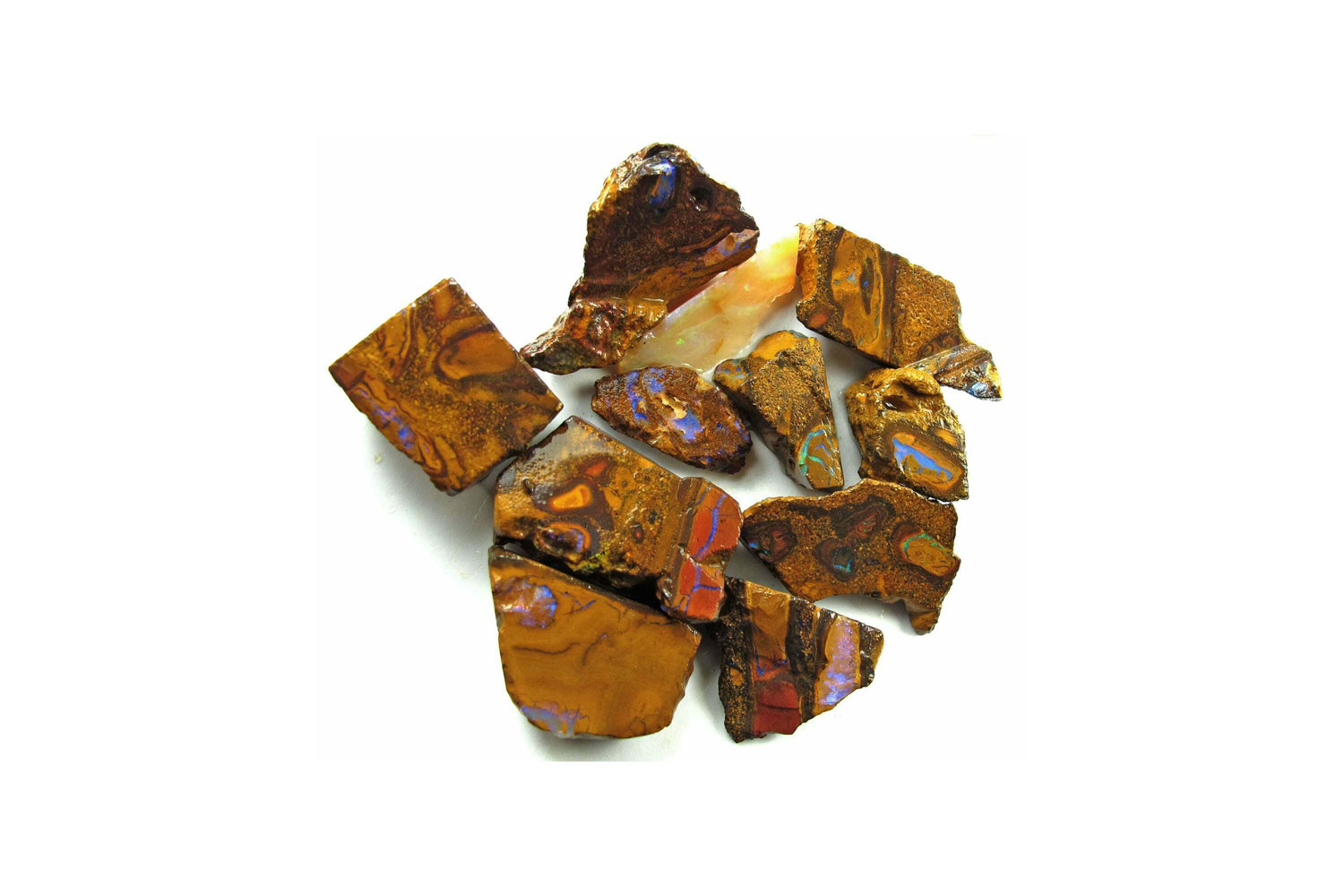 Boulder opal is a rock that contains a disk of opal attached to the normal host rock. Cutting of the rock gets planned whenever a boulder opal is discovered. It gets cut into a certain orientation that the thin disk of opal comes off of the rock. Opal is a hydrated form of silica and has a water content of up to 21%. It is not in a crystalline form, but it is mineralized.

Colors of the boulder opal can be many such as black, green, blue, white, pink, yellow, purple, brown and red, etc. it is also called the “Opal with mother rock.” Most opal stones fracture their host rock by forming themselves into the voids of the host rock. The contrast of color opal stone and the host stone is striking. The white opal is a stone of magic and light. Its angelic glow and curious iridescence make it a precious stone for collectors, crystal lovers, and expert jewelers. It is a stone of calm, serenity and balance that is worth acquiring.

Also known as “porcelain opal” and “white milk opal”, this stone has been valued since ancient times. Although they are more common than their black or gray varieties, they are not less appreciated in energy work. As a stone of calm and serenity, it favors positive emotions and good relationships with others.